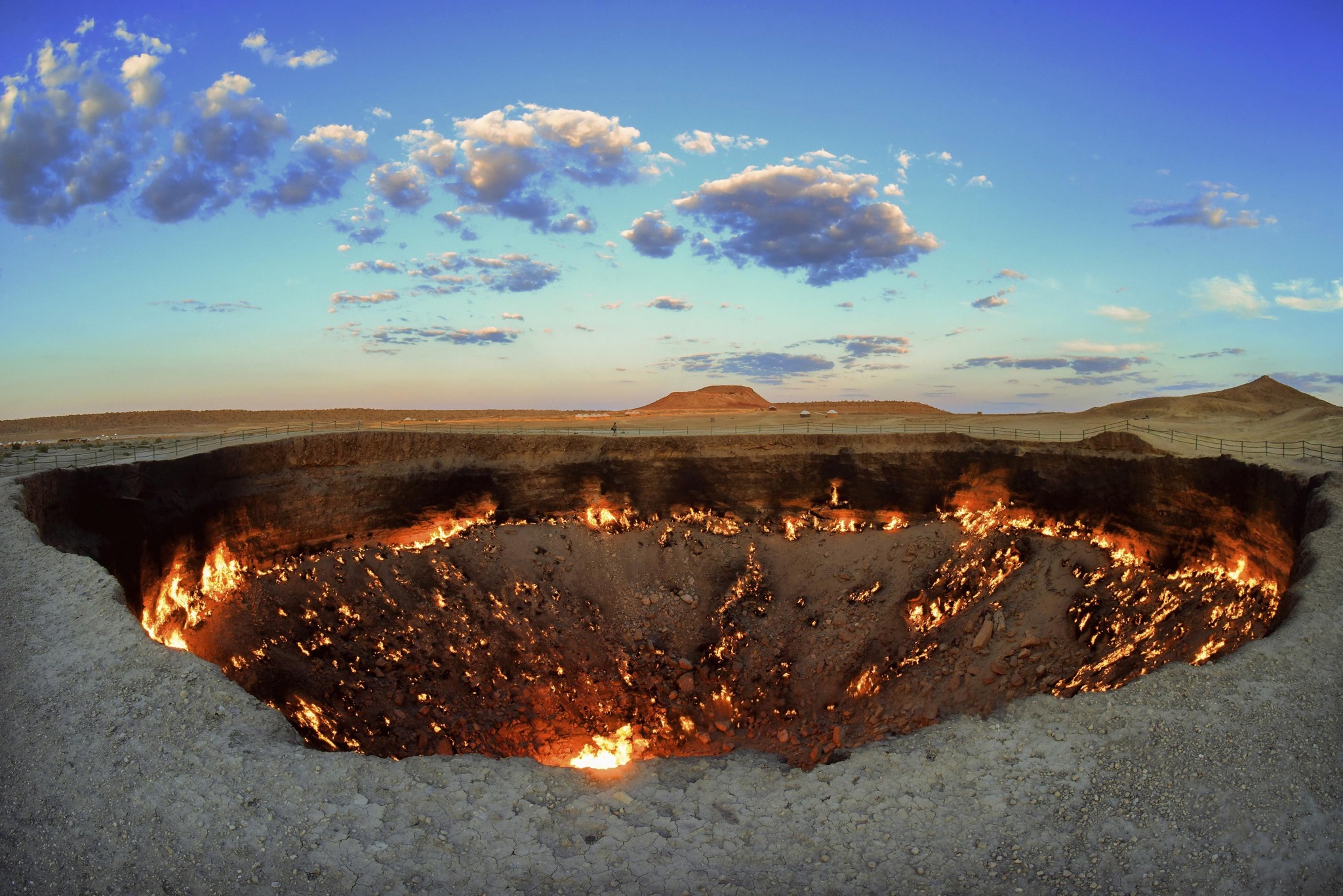 In January 2022, the government of Turkmenistan decided to either try to extinguish the Fiery Gates of Hell, or find a way to limit its impact on the nearby environment.

The Fiery Gates of Hell is a Turkmenistan gas crater, and is officially named Darvaza Gas Crater. Itis more popularly known as the Gates of Hell,  and has been burning for decades, becoming one of the country’s most popular tourist attractions.

It is approximately 1.33 acres, and is about 98 feet deep.  The crater is located in the middle of Karakum Desert,  near the village of Darvaza.

The origins of the monstrous chasm and its iconic inferno are murky at best with unsubstantiated sources stating that it was accidentally created in the 1970s by Russian miners hoping to extract natural gas from the area. That version of events is now doubted by researchers, who believe that the crater probably formed sometime in the 1960s.

The January 2022 commission hopes to extinguish the fire once and for all, or to find some way to mitigate the damage it has on the region.

Turkmenistan’s concern about the crater is that it will affect the development of natural gas fields nearby.  Turkmenistan’s goal is to increase natural gas production. The extinguishing of the Darvaza Gas Crater is key to that effort.