The Big Donut Rolls Into Downey

TCT Flybys: 'Every Day Is A Good Day

A Conscious Life is A Life Well Lived

Happy Thanks-Giving from These Curious Times!! 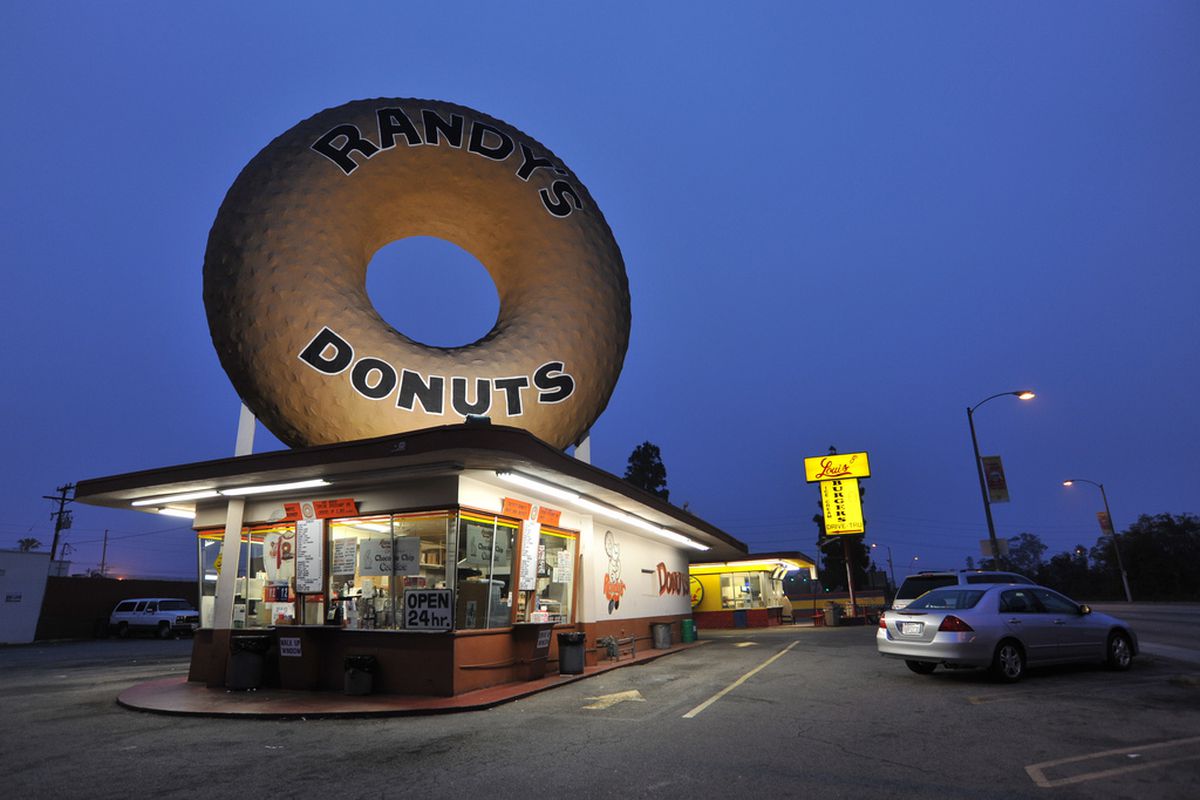 World Famous Randy’s Donuts is the most recognized donut shop in the world and one of the most iconic locations in Los Angeles. Attracting visitors from around the world just to take pictures of the giant rooftop donut and enjoy the best donuts in the state and they opened their fifth location in Downey, October 23rd.

Kavon Bazhir, Operations Manager for Randy’s Donuts took time out of his last minute opening operations to speak with HMG. Bazhir will be managing the new location at 8721 Firestone Boulevard, “We began bright and early, at 5:00 am on October 23rd, we gave away free coffee and glazed donuts. I started working with Randy’s Donuts years ago and have done just about everything there is to do and know about a donut shop!”

Marketing Director Tom Bartsch told us “The stand-in line was out the door and down the block! I don’t think the residents were prepared for that and the drive-thru line was backed up just as far!! It was insane!”

Founded in 1962, the landmark building located at 805 West Manchester Blvd in Inglewood has made its appearances in movies, like “Iron Man” with Tony Stark sitting atop the oversized glazed goodness or rolling down the street in “2010” and it even made a cameo in Randy Newman’s music video “I Love LA”.

Ambassador of Americana Charles Phoenix noted “When it is finished, the Downey location will be very close to the legendary landmark original Randy’s Donuts delighting donut lovers and passersby since 1951 … I like whimsy and yes the world needs more giant donuts!!!”

Randy’s Donuts has been serving Californians for nearly 60 years and is the most reviewed and highest rated donut shop on Yelp. Whether it is your first visit, or you are a local, one taste of their donuts made by hand – every morning will bring you back time and time again.

With expert bakers, secret recipes, the finest ingredients, and handmade goodness, it is no wonder they claim their donut is fluffier, airier, larger, and stays fresh longer. One of their secrets is soybean oil.

Bartsch also told us that there are now Randy’s Donuts pop-up shops in Saudi Arabia and Korea.