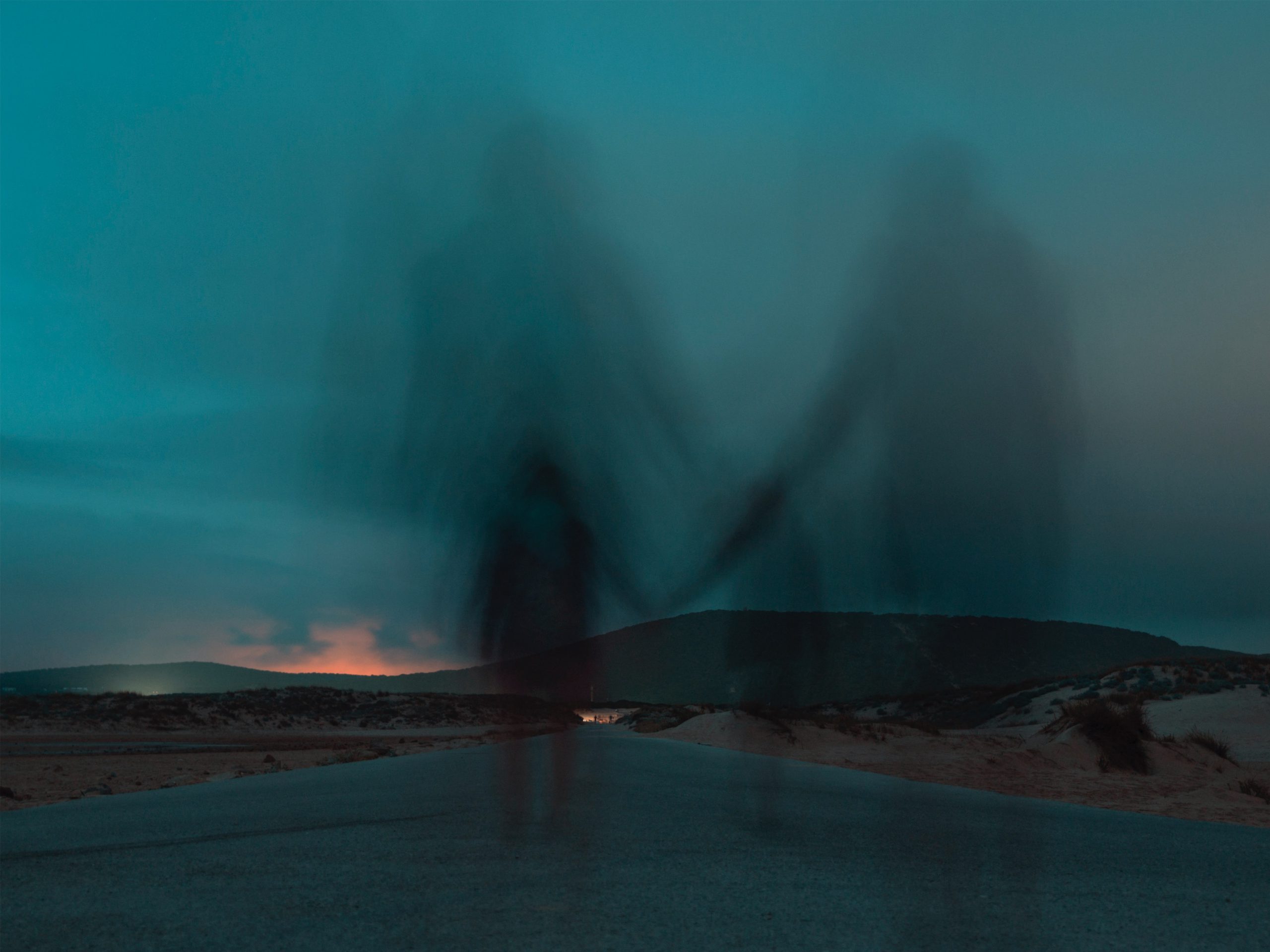 When Scott Manning of Hilliard, Ohio was 16 years old, a spirit followed him home from a friend’s house. Scott is now 24, and that ghost still haunts the Manning family to this day.

When Scott was 16, he visited one of his classmates named Kayla Mae Pinks, to prepare for a winter dance. “[Kayla] asked me if I could see the ghost in her room, and I said that I couldn’t,” said Scott, who is now 24.

“That night,” Scott recounted, “I woke up and there was a man in a long beige trench coat and a floppy hat, like a fishing hat. That was the only time I’ve only really seen him, though he still continues to make his presence known.”

“We eventually named him that because we got tired of calling him ‘Ghost’,” said Scott’s mother, Robin Barber Manning.

Carl can be aggressive at times. For instance, Scott recalled a time shortly after Carl followed him home when Carl pushed Scott onto a bed and even held his head against the headboard.

Sometimes Carl likes to play tricks. “My most recent experience was just three nights ago [October 26, 2019],” said Scott. “He mimicked my mom’s voice. I was watching Netflix, and I heard my mom call out … but she wasn’t even home.”

But apparently, it’s Robin who gets most of the hauntings. For Robin, sometimes Carl would lay in the bed next to her and has made her bed move several times. Robin’s daughter and grandson also have had experiences with Carl.

“He’s made the bed move like someone was underneath my bed, but no person can fit under there,” said Robin.

Robin and Scott both think that Scott has some sort of ability to sense spirits.  He can even tell if the spirit is male or female. “The difference in the sexes is that males seem to have a lower frequency, and males also tend to be more aggressive or bold,” said Scott.

“It feels like something rolling through me, like a wave of energy pulsing through my head,” said Scott.

An interesting thing about Carl is that he might be much older than the Manning family thought. And, he didn’t always go by the name Carl.

“I asked him what his name was, and he said ‘Edgar’,” said Kayla Mae Pinks, who hasn’t seen the Manning family in five or six years. And yes, that Kayla Mae Pinks: the girl from the high school dance. “I’m not sure if we’re talking about the same spirit, but it sounds similar because of the long coat and hat. It’s been a long time.”

“That’s the spirit that was attached to my grandma. She’s had him since she was a senior in high school,” said Kayla. According to Kayla, Edgar (aka Carl) seems to only show his appearance (an older man in a trench coat and a brimmed hat) in dreams or when waking up.

For Kayla, the only time the ghost revealed himself to her was through a waking dream.  “In my dream, it was me and my little sister. The man in a trench coat and hat took my sister by her hand. I tried to run but was frozen. The only thing I could ask was, “What is your name?” He answered, “Edgar.”

“My mom had a dream when she was a teenager,” said Kayla. “She was at a basketball game and a man in a long coat and hat said he was going to kill her. She woke up and saw him come out from the ceiling like he was going to strangle her. A few weeks later it happened to my grandma.”

“But that’s Edgar. He only seems to show himself in dreams,” said Kayla. “But other than those dreams, he’s harmless, really. I’d hear our cabinets opening and closing, my grandma’s chair would start rocking, but that’s really as far as he’d go.”

He Goes Way Back

Tania Bryant is Kayla’s mother. She too remembers the man with the long coat and hat. “I haven’t seen him since I was 13,” said Tania. “But I remember the long coat and old style fisherman’s hat, not so loose on the bill.”

Tania also corroborated that a few weeks after she saw the man in the dark coat and hat, her mother (Kayla’s grandmother) also saw him.

Kayla’s grandmother graduated in 1972 from the Ohio School for the Deaf. According to Kayla, her grandmother and some friends were using an Ouija Board, taunting spirits, and one day all the candles blew out, and wither windows slammed shut.

“A spirit told my grandma that her mother wasn’t gonna make it to her graduation. Two weeks later, her mom, unfortunately, committed suicide,” said Kayla. “That incident is when me and my mom think Edgar first came about.”

Kayla also seemed to remember that Scott had some sort of intuition or ability.

“I believe it 110%,” she said. “I think everyone can sense spirits, it’s just whether or not they believe it, but I do think that maybe spirits find Scott more interesting or more helpful for possibly getting them to the other side. That’s honestly all they want in my opinion and I think they latch themselves to someone who: A) Can help them cross over or B) Be their comfort zone.”

Kayla thinks that spirits are probably more scared than we are of them.

Scott seems to agree. Scott said, “What I’ve gathered is that they can thrive by people who can tell they’re there. They get very intense, and communicate that ‘hey, we’re here.’  I don’t know if they’re trapped or what, but it seems to be frustrating for them.”

The skeptic’s viewpoint? TCT asked a skeptic, an EMT named Chris McDonald, about ghosts. “I always find it interesting that so many people who believe in spirits and other paranormal phenomena predicate these experiences on pre-existing beliefs. The more you believe, the more they affect you. It’s not like there isn’t a natural explanation without requiring any assumptions of things which exist outside of observable reality,” said Chris.

After learning that Edgar was what Kayla used to call the ghost, Robin Manning said, “We decided to just give him a middle name, so now we call him Edgar Carl.”

Please subscribe or check periodically on www.thesecurioustimes.net for more updates about Edgar Carl.

Edits to this article:

Altadena’s Haunted Forest ~ More Than What Meets The Eye