The Amulet: A Jewish Charm 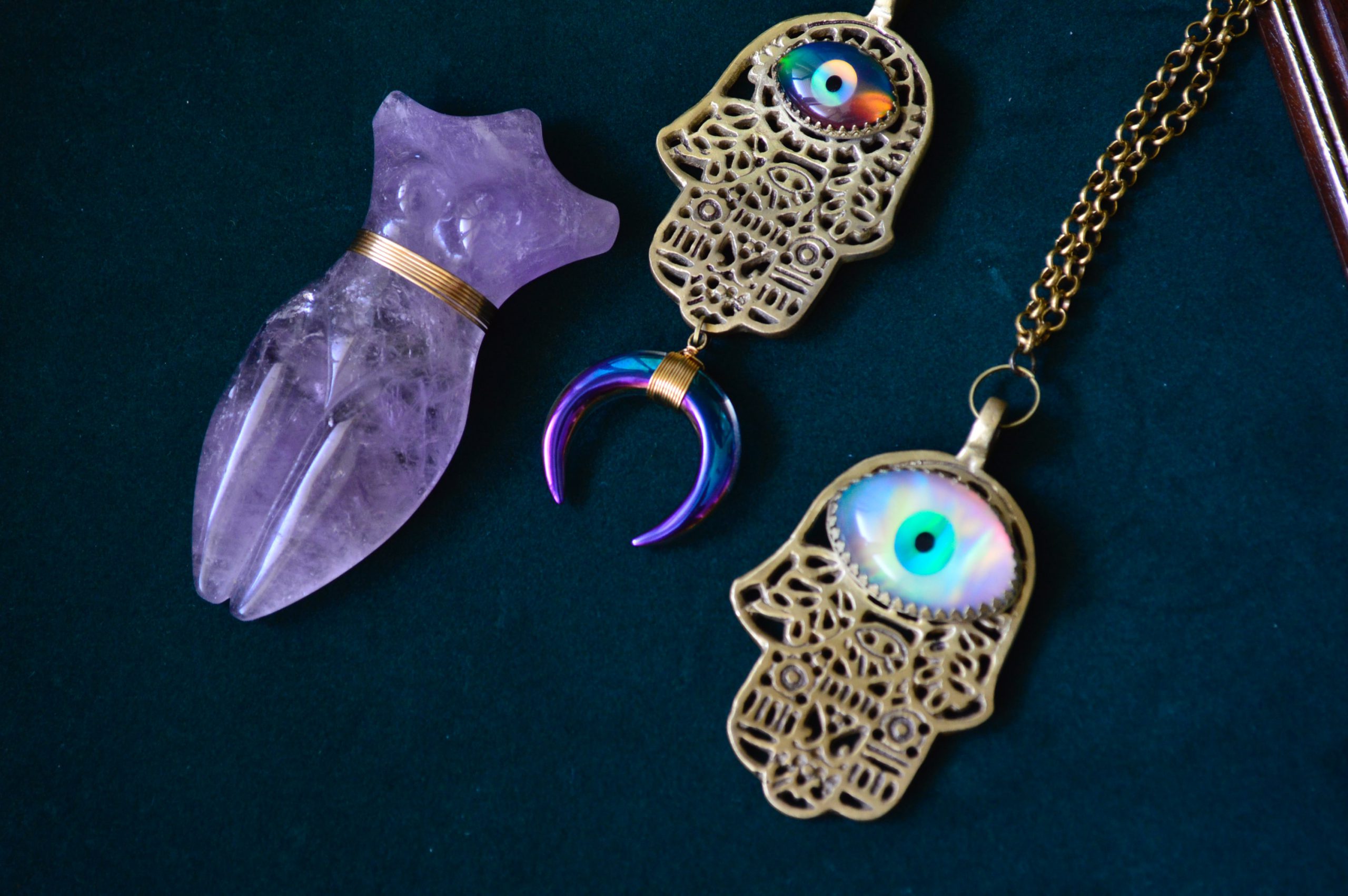 Belief in the power of amulets persisted widely among all people for many centuries and still exists today.

An amulet is an object, often a charm or piece of jewelry that is believed to possess certain magical powers of protection. Many religious traditions are generally opposed to magic and sorcery, as well as to objects that people may come to believe possess power independent of God. However, amulets have a long history in practice and their use was accepted by the ancient rabbis, who appeared to believe in their power.

References to amulets are found throughout the Talmud and the Bible which suggests that the practice of keeping them was a common one. One Talmudic passage suggests that amulets were used by ancient rabbis to repel demons. The Talmud even states that one may carry an amulet in public on Shabbat — normally a forbidden practice — provided it was made by an “expert.” It goes on to state that an effective amulet is one that has healed a person three times, whether it is a written amulet or one made of herbs, and whether the person was seriously ill or just moderately ill.

The Shulchan Aruch code of Jewish law rules that it is permitted to heal with an amulet and to carry one for protection. Even Maimonides, a staunch rationalist who decries the “fools” who believe that a mezuzah is an amulet that affords protection, permitted an effective amulet to be worn on Shabbat.

One tradition concerning amulets is that they were placed near young babies or laboring women for protection. This practice likely has roots in a Midrash that says Lilith, the estranged first wife of Adam according to Jewish legend, would cause sickness to infants unless there was an amulet written with the names of angels, in which case Lilith would have no power over the child.

Perhaps the best-known Jewish amulet is the hamsa, a palm-shaped charm with an eye embedded in it. Another common one is a red string tied around the wrist, which became popular after being worn by a number of celebrity adherents of Jewish mysticism, or Kabbalah. These and other lesser-known amulets were often worn to ward off the evil eye, ayin hara in Hebrew, a Jewish folk superstition that claims that a person or supernatural being can harm a person by looking at them.

What are some of your personal amulets?

Being a Sweet Transvestite in Transsexual Err… Long Beach, California!