There Are No Coincidences 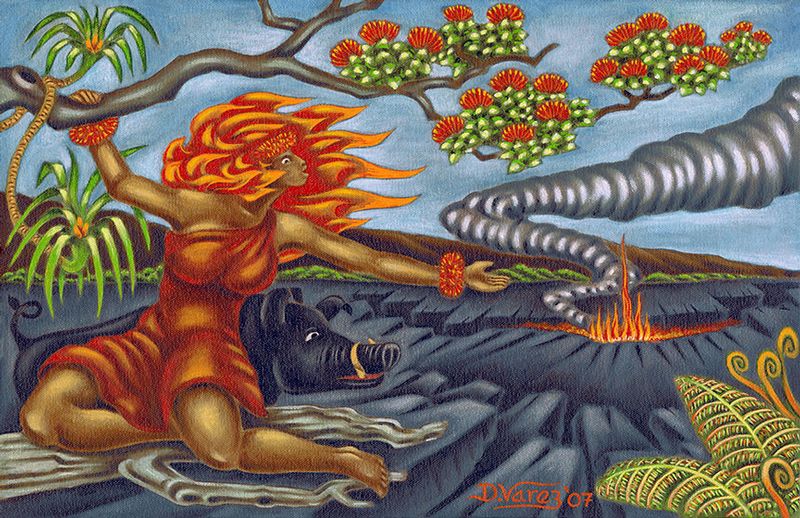 Ten years ago, I lived with my best friend, Jae, in a duplex-style apartment at Hidden Valley Estates, which is on the grounds of the former Hopper Family Estate in the heavily forested hills of Wahiawa.

We had a very niele and kolohe Rhodesian Ridgeback/Pit-bull mixed puppy named Sam, who loved making sport of chasing the hundreds of chickens that thrived in the area. One day when we were on a late afternoon hike with Sam through the neighborhood, a large and colorful rooster caught his eye, terrified for its life, ran through a breach in the chain link fence surrounding the property. The rooster soon disappeared in the overgrown foliage, and Sam eagerly followed. Jae and I groaned in annoyance as we realized that our loud calls to Sam were falling on deaf ears. We knew that we’d have to surely follow our puppy into what we were told by local residents was a forest haunted by primordial spirits.

I was completely unprepared for such a mission. Wearing sweats and slippers, the ground beneath us was practically liquid…the mud being so viscous that it sucked my slippers into its fold every time I lifted up my foot to take a step. Jae, who is an avid surfer, had no trouble finding his balance in the treacherous terrain and slightly frustrated by my hobbling, shouted back that he would go on ahead to try and find Sam, who was at that point barking very enthusiastically at what we could only presume was a dog’s version of a jackpot: a community of wild chickens.

Jae disappeared into the forest leaving me to deliberate whether or not I should try to scale down the steep hill leading down into a rushing stream bed. Knowing that I would surely break my neck if I attempted to walk upright on such a decline, I decided to sit on my okole and Jack Ass Ginger the situation sliding all the way down to the water’s edge.

As I got up to brush off the hundreds of leaves plastered with mud all over my lower body, I heard an unmistakable sound that stopped me in my tracks chilling me to the bone. In the stillness of the forest, this sound was disturbingly loud, close, and wild, and I knew it well for I spent nearly my entire childhood hiking with my Dad through tropical rain forests both on Guam and in the Philippines.

It was squeal of a wild boar, but where was it??? Had I stumbled unknowingly upon a territorial and protective mama boar and her piglets? Being seriously disadvantaged and out of my element without any weapon to protect me, I knew that if I didn’t get my bearings and figure out where the animal was, I could be maimed or even killed.

In the distance, I could hear Jae persistently and angrily calling for Sam, while our puppy responded with jubilant barking that led them deeper into the forest and farther away from me. I called out to Jae, but I knew my efforts were futile…I knew he couldn’t hear me.

Related Topics:
Up Next