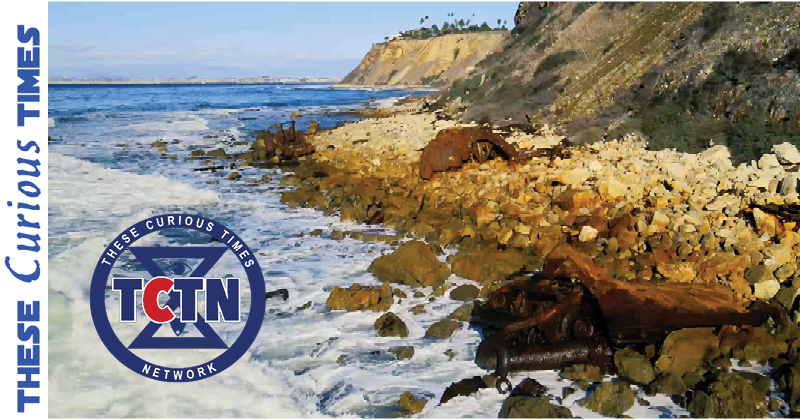 The SS Dominator was a former Liberty cargo ship that was sold to Panama in 1947. Its original name was Melville Jacoby, and it underwent three more name changes over the years.

It had been the ‘Dominator’ for about eight years before it ran aground on March 13, 1961. On its final voyage, it was carrying a shipment of wheat and beef from Vancouver, British Colombia to the Port of Los Angeles. It was nearly at its destination when it ran aground.

On the night that it ran aground, the crew were having difficulties navigating in stormy weather, and had found themselves much closer to the Palos Verdes coast than they anticipated. For two days, the US Coast Guard tried to salvage the ship so that it can sail on its own, but the storm kept pushing the ship higher and higher up the rocks. Eventually, the call was made to abandon ship.

Today, it is accessible by a two mile round rip hike, involving a steep hike along a beachside cliff trail, and 3/4 of a mile of rocky beach in the Lunada Bay cove of Palos Verdes Estates.

Related Topics:
Up Next