How To Reverse Aging or Becoming Who You Want to Become 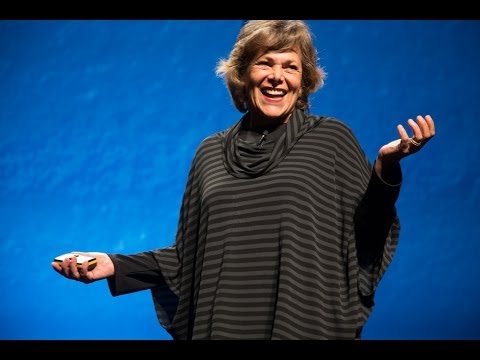 In 1978, Ellen Langer, a Harvard psychologist, conducted an important study.  She gave houseplants to two groups of nursing home residents. One group was told they were responsible for keeping their plant alive, and that they had autonomy in their daily schedule. The other group was told that staff would care for their plant, and they were not given choices regarding their daily schedule.

After 18 months, twice as many people in the group given responsibility for their plant and schedule were still alive as in the other group. Langer took this as evidence that the current biomedical model, which views the mind and body as separate, was wrong.

In 1981, Langer and a group of graduate students designed the interior of a building to reflect the styles and conditions of the year 1959. Scattered about were a black-and-white TV, old furniture, and magazines and books from the 1950s. This structure would be home to a group of eight men, all over 70 years of age, for five days. When these men arrived at the building, they were told they should not merely discuss this past era while living there, but act is if they actually were their younger selves. “We have good reason to believe if you are successful at this, you will feel as you did in 1959,” Langer told them.

From that moment on, the study subjects were treated as if they were in their 50s rather than their 70s. Despite several being stooped and needing canes to walk, they were not aided in taking their belongings up the building’s stairs. “Take them up one shirt at a time if you have to,” the men were told.

Their days were spent listening to radio shows, watching movies, and discussing sports and other “current events” from the period. They could not bring up any events that had occurred after 1959, and referred to themselves, their families, and their careers as they were in 1959.

The goal of this study was not to get these men to live in the past; rather, it was to trigger their bodies mentally to exhibit the energy and biological responses of much younger persons.

By the end of the five days, these men demonstrated noticeable improvement in hearing, eyesight, memory, dexterity, and appetite. Those who had arrived using canes, and dependent on the help of their children, left the building under their own power, carrying their own suitcases. By expecting these men to function independently, and by engaging with them as individuals rather than old people, the study had given these men “an opportunity to see themselves differently,” which affected them biologically.

While Langer’s counterclockwise study portrays the positive possibilities of redefining individual roles, other psychological research exposes a darker side. For example, the famous Stanford Prison Experiment, conducted by Philip Zimbardo, revealed that people’s roles determine, in large measure, their identities and behavior. In the experiment, individuals were assigned to one of two roles: prison guard or inmate. Disturbingly, the experiment was forced to end prematurely because the subjects played their roles too well. Those playing guards ridiculed and tortured the inmates, whereas those playing inmates became docile and even hopeless. The aftermath of the experiment left several of the study’s subjects psychologically traumatized.

It’s difficult to deny that the roles you play in your life dramatically affect who you are and how you act.

You and I   are all actors. We are all playing roles on different stages in varied contexts. In one situation, you may play the role of a musician, while in other roles you may play a parent, a friend, a lover, a student, or a teacher. Each situation determines the role you play. However, most people have not consciously designed their circumstances, nor have they consciously determined the roles they will play. Most people fail to realize that they get to choose their stage, who they will be, and how they will act. They have not decided to write the story of their own lives, but instead have consigned the storytelling to someone or something outside of them.

Just because you’ve played a role in the past doesn’t mean you are wedded to that role. If your current context requires something different, dismiss who you’ve been in the past. Allow yourself to evolve. Quit putting yourself in a box.

Your most authentic self is not who you currently are, but rather, who you desire to become. You are the author of your life’s narrative. You have power to determine the stages of life on which you will perform, and the characters you will play. Because you get to shape the environment and decide the roles you will play, you can make quantum leaps in your personal and professional development. The process is simple:

You have no clue what your potential is or who you can become. There is no cap. You are completely flexible and fluid. As you grow, your perspective and abilities also expand. Thus, your view of who you want to become will enlarge.

Langer says “Social psychologists argue that who we are at any one time depends mostly on the context in which we find ourselves. But who creates the context? The more mindful we are, the more we can create the contexts we are in. When we create the context, we are more likely to be authentic. Mindfulness lets us see things in a new light and believe in the possibility of change.

Most people approach goals and personal improvement the hard way. Rather than changing their environment, they strive to overcome their current environment. This is the essence of willpower. Willpower is the slowest and most ineffective way to evolve. Focusing on willpower as a strategy for change will never allow you to make quantum leaps in your life. Willpower is an uphill battle, continuously dealing with the same situations. When you commit to an enormous goal that far exceeds your current capability, willpower won’t solve your problem. Rather, you’ll need a new environment that organically generates your goals, a context that forces you to become more than you currently are. Once you design the right conditions, your desired behavior naturally follows. Willpower is for people who haven’t made up their minds.

Commitment, on the other hand, true commitment, is a point of no return. There is no chance for withdrawal. Steven Kotler reminds us: “This is what the self-help books don’t tell you. Fully alive and deeply committed is a risky business. Once you strip away the platitudes, a life of passion and purpose will always cost, as T.S. Eliot reminds us, ‘Not less than everything.”

When it comes to skills and abilities, your potential is seemingly limitless. If you’ve set a clear and definite goal far beyond your current self, created conditions that facilitate that goal, and determined your needed roles, all you need to do is act as if you are already that person.

When you take huge leaps like this, you will absolutely be stretched. Often, it won’t be pretty. You’ll constantly be living beneath your situation. You’ll feel like a fraud. The impostor syndrome will be exquisite. Your current self will often show itself, even when your environment requires you to be so much more, but overtime, you will adapt to your environment. You will come to play your role so naturally that you’ll no longer be acting. Acting as if will become acting as is. You will become who you intended to be, your most authentic self. And in so doing, the attainment of your goals will be natural and inevitable.

“Too many women still seem to believe that they are not allowed to put themselves forward at all, until both they and their work are perfect and beyond criticism. Meanwhile, putting forth work that is far from perfect rarely stops men from participating in the global cultural conversation. I like that feature in men — their absurd overconfidence, the way they will casually decide, ‘Well, I’m 41 percent qualified for this task, so give me the job!’ Yes, sometimes the results are ridiculous and disastrous, but sometimes, strangely enough, it works — a man who seems not ready for the task, not good enough for the task, somehow grows immediately into his potential through the wild leap of faith itself.”   ~ Elizabeth Gilbert ~

Quantum leaps and instantaneous change are completely available. The growth you seek in your life doesn’t need to be incremental, it can be exponential. You can experience radical quantum improvement. The process is simple, but not easy. You’ll need to know what you want and take enormous leaps of faith to get there.

You take leaps of faith by putting yourself in demanding situations that require you to be substantially more than you currently are. In those situations, you’ll need to decide who you will need to be and then act as if you are already that person. As you adapt to your difficult environments, you’ll evolve into a new person with expanded consciousness stretching your views of yourself and your possibilities.

There is no cap to your potential. Your identity is fluid. You get to choose.

For more information on Dr. Langer and The Mindfulness Institute visit: langermindfulnessinstitute.com