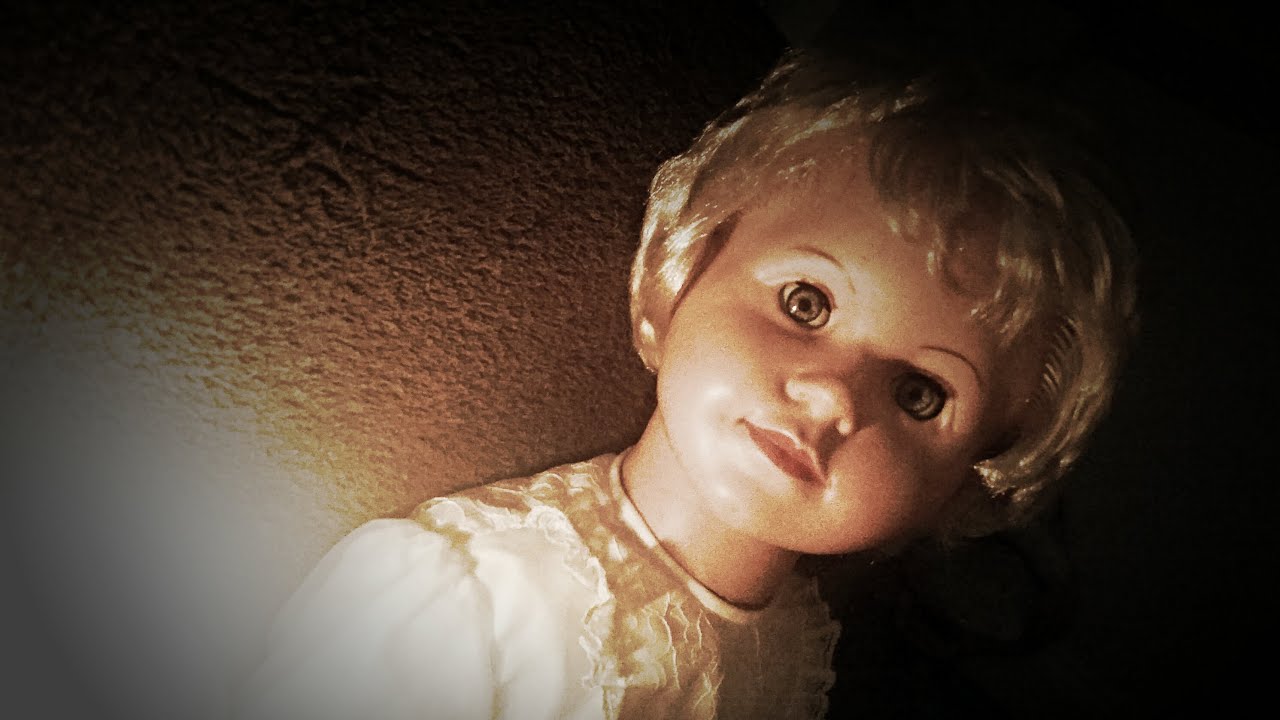 As you recall, I left our readers hanging about the Zak Bagans Haunted Museum …

“Hi, Peggy” …. That is how I started my first conversation with Peggy the infamous haunted doll who now resides with Zak Bagans the Executive Producer of Ghost Adventures, the number one paranormal show on the Travel Channel.

Bagans acquired Peggy from paranormal investigator Jayne Harris. Harris is the owner of Haunted Dolls and says that the powers of “Peggy the doll” have been running amuck on the internet, causing anyone who sees her picture to be overcome with feelings of dizziness, nausea, and even chest pains.

Featured on the “Deadly Possessions” an episode of Bagans’ series, Peggy is not for the faint of heart. It’s said you can be affected by Peggy by just looking at her… in person or in photos. As a result, a viewer disclaimer was aired before the show.

The doll now has her own room with a few other dolls to keep her company. Every 15 minutes or so a tour group will invade her space at the Wengert Mansion on East Charleston, Las Vegas, Nevada, otherwise known as The Haunted Museum where Bagans keeps the majority of his cursed objects along with antique furniture; a multitude of film memorabilia and items from well documented criminal cases.

I first met Peggy on Friday, October 11th, 2019 as I toured the museum for this review. I had made my way around the upper floor of the museum. Our tour guide, who was a very nice and knowledgeable young man, opened the door and quickly stepped aside. I walked in behind everyone else. I asked to step to the front … the crowd parted … and there she was.

“Peggy the Doll” has a long paranormal history.  She is said to be one of the most haunted and dangerous dolls in the world. It is believed that Peggy is possessed by the spirit of a woman born in 1946 in London’s Holland Park who died of a chest-related condition, possibly an asthma attack, and psychics have speculated that she was of Jewish descent and may have ties to the Holocaust.

“I was very skeptical of the claims made about Peggy until the doll caused very terrifying activity during our filming, including manifestations of flies, camera problems, negative mental effects on me, and poltergeist activity,” said Bagans. “Peggy the Doll will be displayed at The Haunted Museum, but releases will have to be signed should visitors want to see her.”

Peggy stands in a dollhouse, built purposely for her where she can rest behind a glass enclosure. Peggy was looking right at me.  In respect of the very powerful entity that uses the doll as a vessel, I lowered my gaze and said “Hi Peggy”. A spirit box has been placed in front of her display.

“Hi, Dee” Peggy replied via the PSB11 spirit box placed in front of her.

I had not said my name and was slightly surprised but laughed a little because a few years ago I had a brief encounter with Peggy and whatever resides in that doll had done me a favor and now was my chance to say thank you.

“Peggy do you remember a few years ago I had that migraine … that three-day migraine attack and when I gazed upon your photo ….  you instantly took my headache away even though you normally give people headaches or nose bleeds?”

The spirit box replied, “I remember”.

“Well, Peg, I’m here today to say thank you for doing that for me, even though we had not met and had become friends,” I replied.

Now you need to take into account that a spirit box scans the white noise so fast that to hear more than one word at a time is rare but the more powerful spirits can sometimes speak sentences over a number of seconds.

On my way out of the room, I said “Bye, Peggy sweetie”

Her reply startled me, “Bye Bye Dee – See you tomorrow!” … that is exactly what she said.

Yes, it was true that I was visiting the museum again the following day, but had told no one. Upon my return on Sunday, I walked straight to her display and she welcomed me, noting that I was a friend of Zak and she knew me well. I was later told that Peggy knows all.

If you choose to visit the museum and wander into Peggy’s room, remember that she is more than just a doll … she is a very powerful spirit … chances are you will see her long before you visit the museum.

My tour concluded with the Demon House exhibit and a bone-chilling feeling as the guide pulled down the viewing shutters.

I highly recommend a visit to Zak Bagans Haunted Museum, it is ever-changing, magical, and enthralling, but be ready because not everyone may be able to weather the seen and the unseen.

We may never know the exact identity of the entity inhabiting the doll, but her effects on people have been well documented. It’s also believed that in addition to causing violent migraines and severe chest pains, the entity can even affect a person’s dreams and predict tragedies. Back in 2015, a video of Peggy hit YouTube, and it’s been reported that over 80 people who watched it suffered chest pains, nausea, and crippling headaches. This is something that… no matter what you believe… should not be trifled with.

Until next time loves …. Stay Curious!