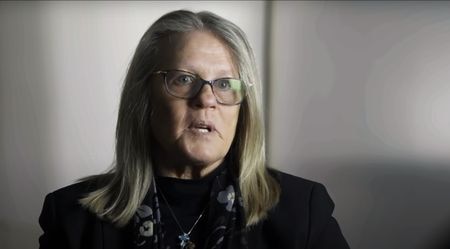 Let me tell you the story about how a disgruntled scientist became a leading contributor to a coronavirus conspiracy theory, and how it bodes as a warning for all of us.

Judy Mikovits, Ph.D., was once a reputable scientist.

She was the research director for the Whittemore Peterson Institute, where she and coworkers were trying to find the cause of Chronic Fatigue Syndrome or CFS.

In 2007, she met one of the discoverers of a retrovirus called xenotropic murine leukemia virus-related virus (which I will thankfully refer to as XMRV hereafter).

That meeting apparently really influenced her, because afterward she ‘discovered’ two CFS patients in 2008 who tested positive for XMRV, and she and her coworkers published a paper in the journal Science suggesting that XMRV has a causal role in CFS. This is important because it is the peer review process that makes or breaks a scientific theory.

Her publishing of this theory attracted a lot of attention, but every attempt by scientists afterward to replicate her findings failed. Eventually, even the journal Science retracted the paper.

She was later fired by the Whittemore Peterson Institute because of concerns about her work’s integrity.

She is now very well known for her role as a ‘credible scientist’ in the documentary Plandemic.

A Fall From Grace

Normally, the retraction of an article in a peer-reviewed journal is a hit to the career of a scientist, but if the scientist is intellectually honest, he or she will admit there was a fault in their methodology, accept the prevailing science, and move on. Mistakes happen.

That didn’t happen with Mikovits.

She denied the research of other scientists and maintained her own theory, despite it being disproved time and time again. She eventually found an audience not with the scientific community, but with the anti-science and pseudo-science community.

As I mentioned earlier, she is most well known today for a viral video called Plandemic. In the video, she sells herself as someone who worked with Dr. Anthony Fauci, whom she claims ordered a cover-up that led to her demise.

I’m going out on a limb here, but I see her motive. She couldn’t make it in the scientific community, so she took the path of least resistance and has gained popularity with a niche group, ironically the anti-science community. Using her former prestige to lend her authority, this niche group of not-so-scientifically-literate people is whom she sells her books, which are filled with conspiracy theories about big pharma, big government, and the alleged terrors of vaccinations, all while still pushing her dead scientific theory about retroviruses causing a slue of underlying conditions. This theory has now expanded to include many different diseases, including COVID-19.

Fortunately, this niche isn’t a majority group, but it is large enough that she has been making a healthy living off of it, as a speaker and as a recurring author.

While I am happy for her that she has found a way to be lucrative and develop her writing and publishing skills, I am very disappointed in how she is basically living an intellectually dishonest life and spreading what is essentially misinformation to the masses.

Many conspiracy theories have at their core disgruntled and disgraced former members or professionals of a group, who seek to defame it or to at least achieve something like credibility by finding an audience for their words.

The Freemasons, of which I am one, have had plenty of former Masons leave and then defame the organization because of some slight. So too with scientists and the government, with Hollywood, or the news media.

Usually, their audiences are relatively small, but sometimes related global events can give these bad messengers a global audience.

During this pandemic, we are all scratching our heads wondering when it will end. Many have lost their jobs or are being furloughed. Some people are brandishing arms and soaking up conspiracy theories to fuel their rage. But I ask you, delve into those conspiracy theories. Do they have any merit? Are your Constitutional rights really being taken away? Or is it just the temporary lapse of convenience that has irked you, and are you just looking for a way to rationalize that anger?