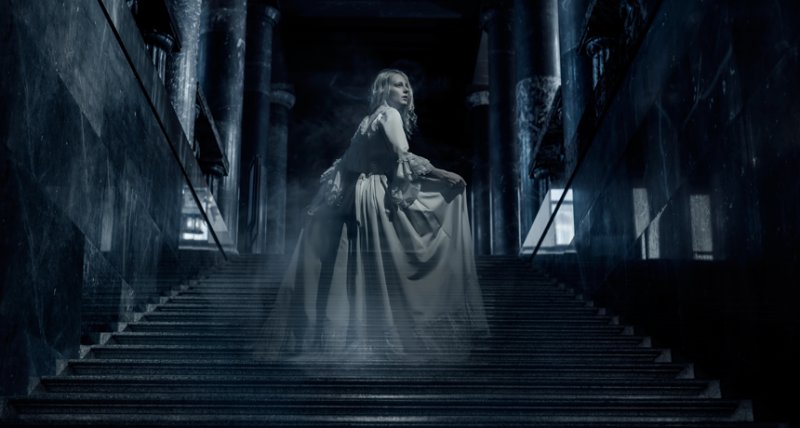 I was cruising memory photos on Facebook this morning and ran across a picture I posted back in 2009. It still amazes me, so I thought I would share it with you.

This picture was taken on one of my very first investigations, back in 2008.

To give you some background … this is a house in Long Beach. The owners were having some unusual happenings and called in an investigation team to check it out. The lead investigator wanted to see if I had any ‘talent’ in recognizing spirits so I was invited to tag along.

As much as I can remember, this house was called ‘the screaming woman’ house. Legend says that long ago a woman was beheaded in the area. This street was also known as ‘monkey street’ because ~ back in the 60’s I think ~ monkeys had escaped some local habitat and migrated to the area, taking up residence in the huge trees … but I digress.

Those participating in the investigation were given no information about the house or the area. We were told to roam about the house taking pictures or noting what we felt and where. Afterward, we gathered in the family room to discuss our findings. As we were sitting and discussing what we thought we may have felt – I noticed one individual staring at the ceiling. So I turn my gaze to what he may be seeing and saw that the ceiling fan was slowly turning.  I immediately caught the attention of the lead investigator and pointed upwards …. the owner of the home said that the ceiling fan was broken. We checked the switch – it was off.  The ceiling was a vaulted ceiling and it would have been impossible for anyone to pull the cord…. but again I digress .. back to the photos.

The first picture is self-explanatory… energy lines. Sure you could say it was from lights, but no lights were on. I always take two pictures of everything and the photo after was what I took a picture of – someone was sitting on the floor trying to get an energy reading. It was clear with no exceptions.

This photo was taken outside ~ on the patio ~ no furniture ~ no lights. So much going on in this picture.

In the next photo, I was randomly taking pictures …. no reason. The lights are off and this is taken with a digital camera. We were standing in the living room getting instructions, of which I was not paying attention to, so no one was outside .. and yet looking through the window of the kitchen door is a face. The photo is the original picture – where I might add that you can clearly see something in the window … the screaming woman perhaps?

Phantoms of the Natural State

Phantoms of the Garden State