The Mariachi That Made Me 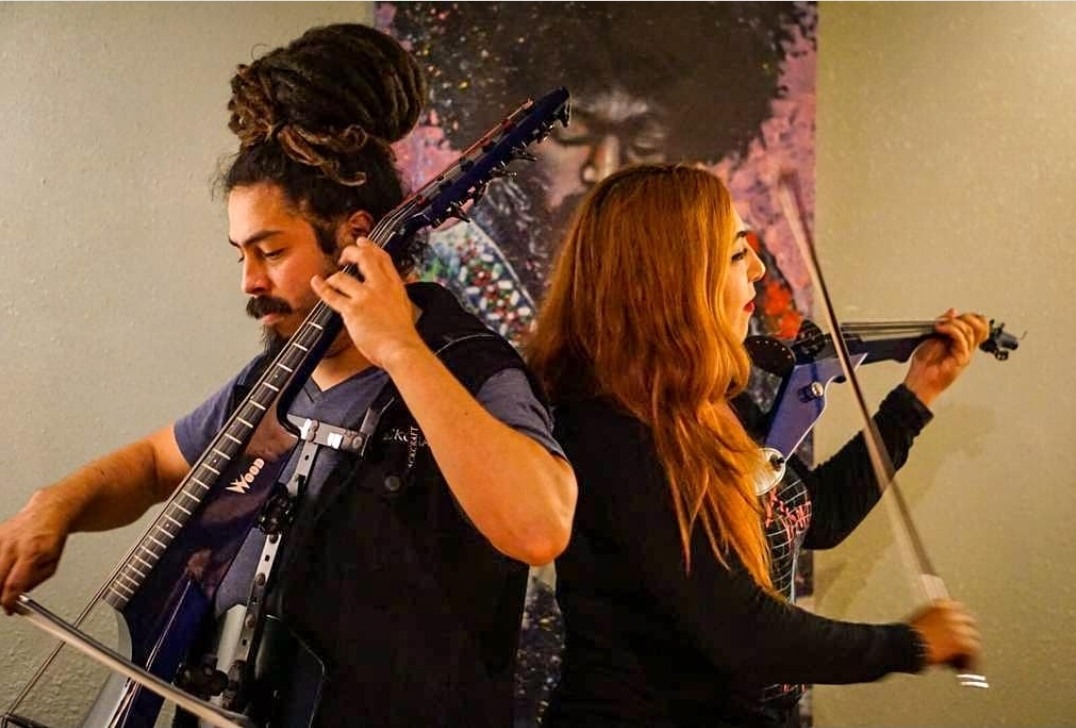 “The drive to our destination seemed like forever on a Saturday night,” said violist Blanca Ornelas,” my family and I finally arrived at our destination. There was another car that arrived behind us. It was a car full of men I did not know. The men exited their car. We stood there looking at each other.” Thus began my interview with Ornelas as she recalled her earliest memory of her fathers’ Mariachi band. “I noticed they were dressed like my dad. In weird shiny perfectly ironed fitted pants, fluffy shirts, and huge hats. They all reached into the trunk of their car and pulled out long suitcase-looking boxes.”

“I remember there were people everywhere, and yet it was so quiet. Children just stared at us instead of playing,” Ornelas recalled. “We walked toward the crowd and they began to clap. Everyone followed us behind the house into an area with a large cement floor and my dad and the men opened their boxes. They each removed a musical instrument, stood tall next to each other, and started to play. I was mesmerized!”

She thought about that night for the rest of the summer. Ornelas would pretend to be a musician herself, mimicking the many different instruments, singing in Spanish, and dancing around the kitchen table.

When school started up again in the fall of 1994 at Elizabeth Hudson Elementary in Long Beach, Ornelas remembers getting on the bus that picked her up to whisk her away to start third grade. “I noticed one of my friends was carrying a long suitcase kind of box. I was intrigued,” said Ornelas, “I asked her what was in the box, and she said a Violin. Her parents had bought it for her so that she could learn to play. I asked if she could open it and show me. She opened the case, took out the violin, took out her bow, and she played a little scale she was working on.” This was when Ornelas fell in love with the violin.

It grabbed her attention, “I was amazed by it. My dad picked me up after school that day and I remember telling him that I wanted to play the violin. He was so happy and excited to know that his daughter would follow in his musical footsteps. It must have been such a great feeling for him.” Ornelas recalled that she and her father did not go straight home; instead, they went to look for a Violin. Her very first violin came from a pawn shop, “I was happy, it was perfect, and I couldn’t wait to learn how to play!”

Upon her return home, her father had asked what she learned, “I was getting discouraged because we weren’t playing anything yet.”

After learning how to properly hold the violin and bow, ‘finally, we were playing!’ she thought, but nope, her teacher began instruction on music theory. That to her was like a different language and she found it intimidating, “Eventually I understood everything and to this day, music theory never fails to amaze me.” Finally, after her third lesson, she was able to play, they learned major scales, and her first piece was ‘Mary Had A Little Lamb’.

She was addicted! Ornelas learned to play more pieces. After elementary school, she continued to play the violin in orchestras, participating in middle school, high school, and college.

Now after 25 years, she is just as in love with the violin as she was so long ago, “I still love the violin, it is part of my life ~ it is part of me. I am now the Violinist of my own Mariachi band … a Mariachi heavy metal band!”

You can follow Michael Chirco and his coverage of local entertainment at Wheres The Party Downey?